Isopropanol is a clear and flammable liquid at room temperature with odour resembles that of a mixture of ethanol and acetone; completely miscible with water, ethanol, acetone, chloroform, and benzene; melting at -89 C and boiling at 82 C. It undergoes all chemical reactions typical of secondary alcohols. It reacts violently with strong oxidizing agents. In a fire, it may decompose to form toxic gases, such as carbon monoxide. It is produced from propene by indirect hydration (strong-acid process) or direct catalytic reduction of acetone. It is a low cost solvent in many applications as . Isopropanol is similar to ethyl alcohol in solvent properties and evaporation rate. Its high latent solvent power for cellulose nitrate, cellulose acetate butyrate and cellulose acetate propionate, along with its moderate evaporation rate and its complete miscibility with most solvents, make it useful in lacquers, inks and thinners.
Isopropanol is a mature commodity which is projected to grow at a global rate of 1 to 3 percent per year. IPA consumption for the production of monoisopropylamine for herbicides (primarily glyphosate) is expected to be the fastest growing segment, while ketone derivatives used as solvents in coatings and inks will remain flat or increase only slightly. Government regulations covering volatile organic compounds have been, and will continue to be, a major consideration in future planning by IPA producers. 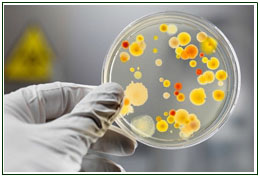 IPA is used also in the production of acetone (oxidation of isopropanol is now the major source of acetone) and its derivatives and other chemicals (such as isopropyl acetate, isopropylamine, diisopropyl ether, isopropyl xanthate, fatty acid esters, herbicidal esters, and aluminium isopropoxide). Other uses include the application as a coolant in beer manufacture, a coupling agent, a dehydrating agent, a polymerization modifier in the production of polyvinyl fluoride, a foam inhibitor, a de-icing agent, a preservative, a heat-exchange medium, and in windscreen wiper concentrates. It is also used as a flavouring agent and in household and personal care products, pharmaceuticals.